In search of … the careless vagabonds of the sea.

On 03, April 2021, a team of 16 birders of Birdwatcher’s Society (BWS) took to the sea in pursuit of pelagic birds off Bakhali coast into the Bay of Bengal. The first such expedition in the Bay of Bengal was conducted by BWS in Dec 2020. That too was a two-day exploration.

Bay of Bengal forms a large marine ecosystem, empowered by the tributaries of the largest delta of the planet. Major rivers like the Ganges, Brahmaputra, Mahanadi, Godavari, Krishna and Cauvery discharge millions of litres of water per day into the Bay of Bengal. This marine ecosystem stretches from West Bengal and extends till the southernmost point in Tamil Nadu which is nearly 50% of India’s coastline. In spite of its vastness, the Bay of Bengal has remained data deficient since very few detailed surveys have been conducted in the past. Over the years pelagic bird data have been useful to study the structural and functional changes in marine eco systems. BWS has been trying to contribute to the scientific pursuits,
through its initiatives, to unravel the mystery of the Bay.

The pelagic birds are rarely seen as they do not venture towards the land except for breeding. Consequently they are amongst the most poorly known birds, as not only are they difficult to find, much less follow and observe in the vastness of the open ocean. They do sometime get blown into the landmass by storms & cyclones. During the cyclone Phani, Bulbul and Amphan few birds were rescued from places such as Rajarhat, Dankuni and Midnapore.

Dr Anirban Bhaduri (BWS Member) photographed, from his terrace, a Great Frigatebird (Fregata minor) blown towards Rajarhat during cyclone Amphan in May 2020. Few more observations were reported post Amphan from Hooghly as well. Great Frigatebirds also known as Man o’-war birds, have an ill-deserved reputation as full-time pirates because they are often seen chasing other seabird species, particularly boobies, to commandeer a meal. Apart from Kolkata similar sightings, in India, have been reported from the coastal regions of Tamil Nadu & Kerala. The 16 members of the BWS team consisted of young and old, the wise and bold, the witty and the nutty, also the sporty and the hefty (sic). Led by Major B Parihar the team embarked on its journey in the not so early hours of 03April. Breakfast was served on the move, a much sought tea stop and hygiene break at Diamond Harbour enroute to destination. Arriving just in time for the much sought after lunch at Banashree, Bakhali. Lunch being served at Banashree Maj Parihar capturing the smiles at the start of the trip Maj Parihar with the team members

Post lunch while most of the team members ventured to survey the coastal birds a few preferred an afternoon siesta, and some went to work on the logistics prior to sailing. The evening however was spent, what ‘Bongs’ do best….. adda! (Major Parihar having lived in Kolkata for over a decade is a forced Bong now! The Birders surveying coastal birds on a sunny sultry afternoon

The expedition took to the sea on a private merchant vessel from the Frazergunge Harbour and ventured approximately 45 Kms into the sea,. The Bay occupies an area of about 2.2 million sq km and the average depth is 2,600m with a maximum depth of 4,694m.

“Some 50 species of seabirds have been recorded from the Indian subcontinent; except for some terns, most are non-breeding migrants (Birdlife International 2014). Of the 11 tern species recorded from the region, nine breed on the Indian subcontinent and most are coastal species that forage from inland estuaries to the edge of the continental shelf (Mondreti et al. 2013). In contrast, Sooty Terns (Onychoprion fuscatus), a super-abundant pan-tropical species, breed on some of the islands of the Lakshadweep Archipelago (Arabian Sea) and in this region are thought to occur only in pelagic waters of the BOB and Arabian Sea. The BOB is potentially an important foraging site for oceanic species such as Sooty Terns (Jaeger et al. 2017), shearwaters (Le Corre et al. 2012) and petrels (Legrand et al. 2016). Annual primary productivity in BOB is at least twice that of the Benguela upwelling ecosystem and the North Sea (Sherman & Hempel 2009, Mondreti et al. 2013), from which one might presume that the BOBLME possesses numerous seabird and cetacean species.”

Since the team had permission to venture only up to 40Kms into the sea, it had to turn back unable to venture further into the sea. But such is the nature of any wildlife or birding exploration. The next expedition thus has its mission laid out.

Till we sail again !! 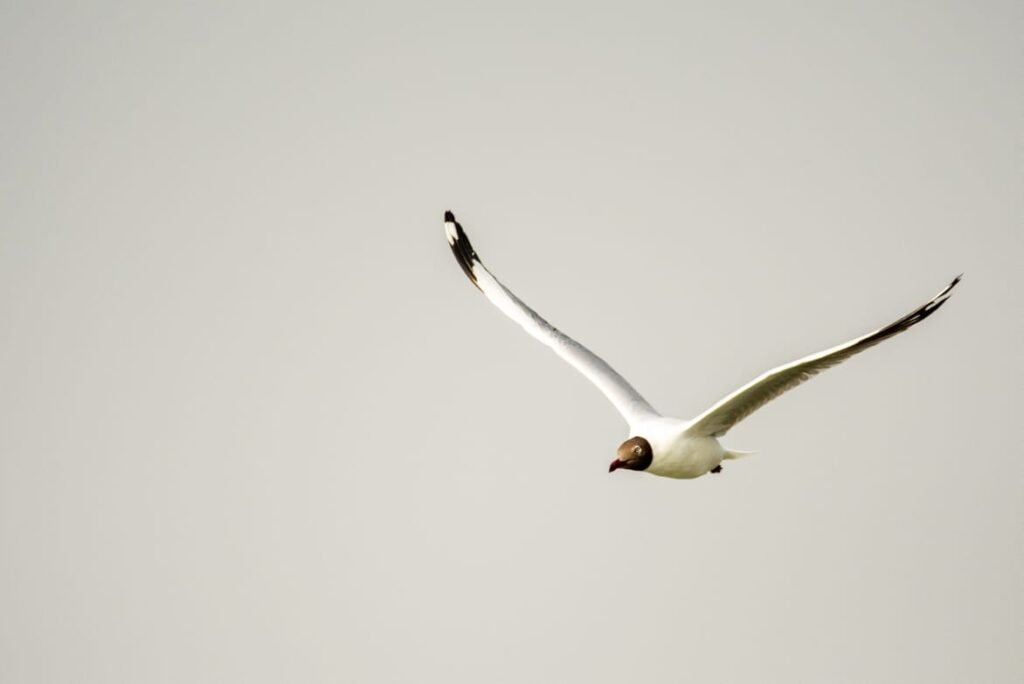